The Dangers of Lyme Disease 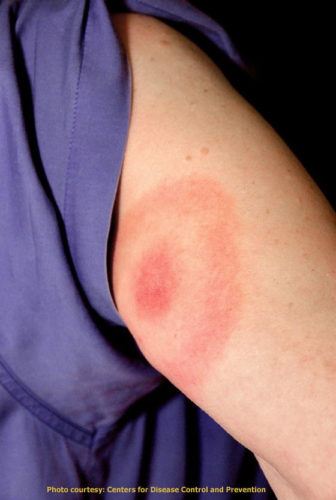 Tick-borne illnesses have been on a steady rise in New Jersey over the past two decades. In 2017, there were 3,629 confirmed cases of Lyme disease according to data from the Centers for Disease Control and Prevention. With tick-borne illnesses on the rise, it is important to understand the implications of leaving Lyme disease untreated.

Lyme disease in the United States is caused by a bacterium called Borrelia burgdorferi, and can be transmitted to humans from the saliva of an infected tick. The most common type of tick to carry the infection in New Jersey is the deer tick, also known as the black-legged tick. If left untreated, Lyme disease can affect the central nervous system, heart, and joints, causing complications. However, it can usually be successfully treated by taking antibiotics for approximately 21 days.

Lyme disease is broken down into early symptoms and later symptoms.

Early signs of Lyme disease occur 3 to 30 days after initial transmission. The symptoms of early Lyme disease are

The prognosis is excellent if the infection is treated early. Premier Health Associates is open 7 days a week, so if you think you may have been infected, be sure to schedule an appointment with your healthcare provider.

If left untreated, symptoms may spread to other parts of the body in the following weeks or months since initial transmission. The later symptoms of Lyme disease are

Laboratory blood tests are helpful to properly diagnose a patient with Lyme disease in order to start proper treatment.

The best way to prevent getting Lyme disease is to be vigilant in avoiding bites. Avoid walking through grassy, wooded areas, especially in the spring and early summer. If you must be in these areas, always check yourself for ticks afterwards. Some important places to check for ticks are

It is also important to check your pets regularly for ticks, as Lyme disease can affect them as well. Contact your veterinarian to find the best tick-repellent for your pet.

Finally, it is important to stay vigilant against ticks. Even if you have been infected by a tick bite before, you cannot build an immunity to Lyme disease. Always stay on top of tick-borne illness prevention in order to avoid transmission.

Vitamin D is necessary to keep your body functioning correctly. It can be found in various foods, an... more

Curb Your Carb Craving! The colder season tends to ignite our cravings for more carbs and comfort f... more

Protein: Are You Getting Enough?

Protein. We need it, we crave it, and we can’t function without it. It is one of our body’s basi... more